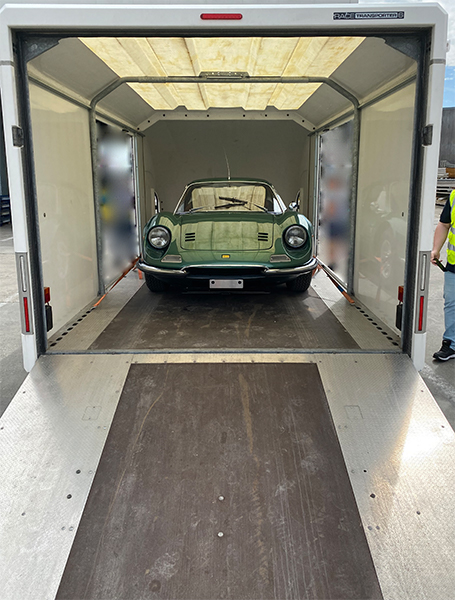 When a client needed to ship a luxury vehicle from Belgium to Japan while facing challenges due to COVID restrictions, they knew they could turn to JAS to get the job done while still receiving best-in-class service.

The client, who is located in the UK, needed to ship a valuable luxury car from Belgium to Japan. Under normal circumstances, the client would be there in person to oversee the loading and collection of the vehicle. However, COVID restrictions limited their ability to travel since Belgium recognizes the UK as a high-risk country for COVID. Therefore, the customer asked our JAS team to step in for them at the collection and delivery of the car.

The first step was planning so the customer knew the names of the JAS representatives in Belgium who would be there that weekend to collect the car from the car shop. This allowed the car shop to know who would be collecting the car for transport to prevent unauthorized trucks from collecting the vehicle on behalf of the buyer and stealing the car.

The weekend the shipment occurred, members of the JAS Belgium team went to the actual loading site to check the car's vehicle identification number (VIN) and send the client pictures of the luxury car. In addition, as per the customer's request, they made sure the proper car cover was on the vehicle, ensuring the car would not be scratched or damaged during transport.  JAS team members kept the client informed throughout the process as they followed the vehicle's loading onto the plane.

This challenge demonstrates the importance of the collaboration and communication between JAS teams and the client to ensure best-in-class service despite the challenging situation posed by COVID restrictions. Congratulations to our team members on another successful delivery! 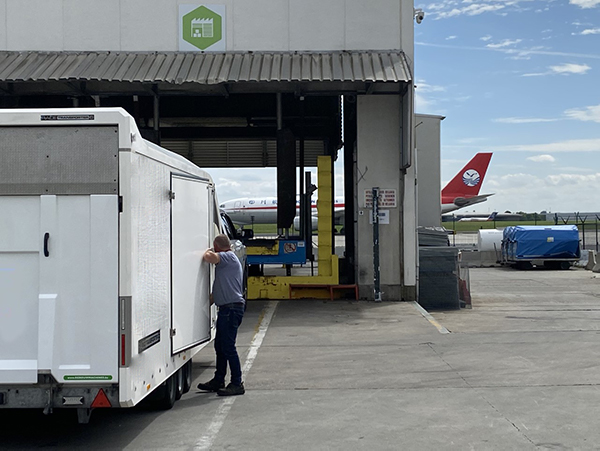 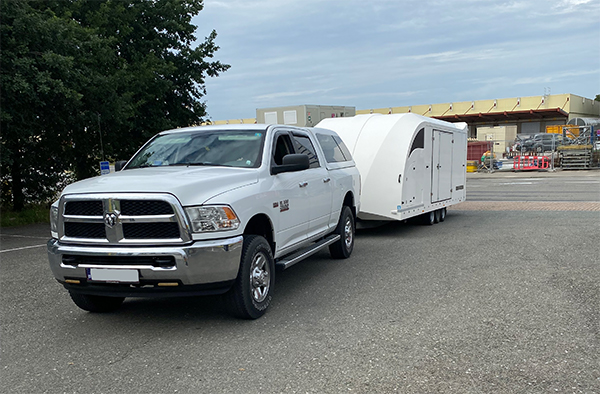 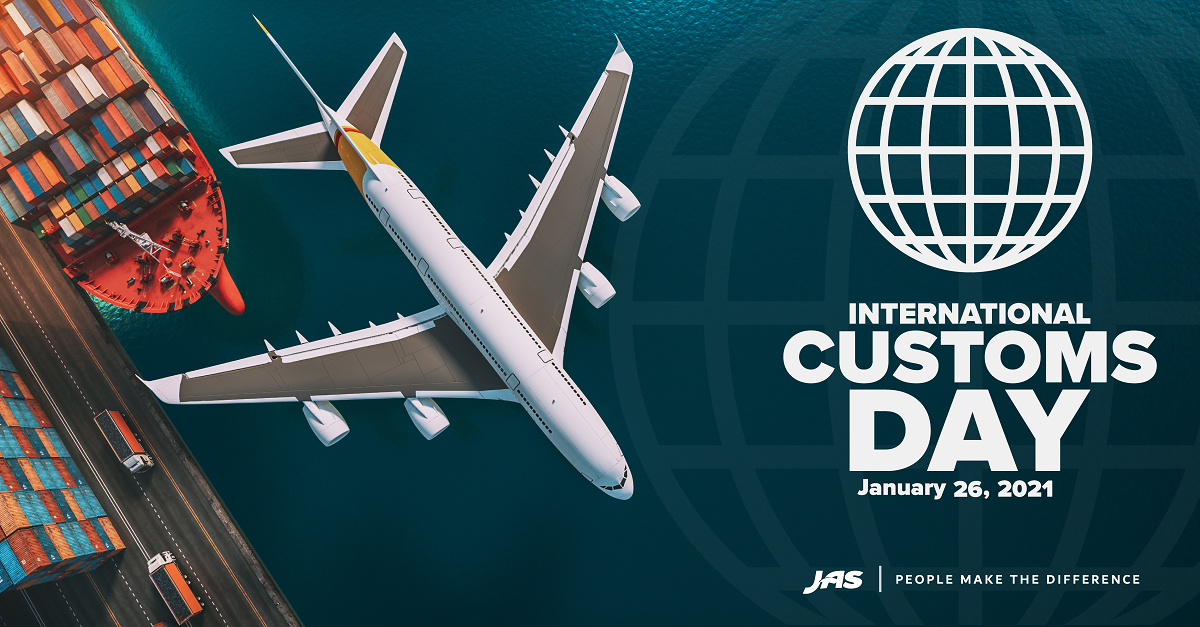 Happy International Customs Day from the JAS Italy team.  While 2020 was unprecedented in many ways, we are proud of our team and its ability to adapt as they navigated through many changes while maintaining high professionalism levels.

JAS has always worked closely with all of its customers to meet their specific needs and help navigate them through regulations, and this past year was no different. When the COVID-19 situation emerged, regulations were changing rapidly. One customer approached the JAS Italy team needing to import two large "modules for setting up field hospitals." As JAS guided the customer through the import process and reviewed all of the paperwork for the shipment, they realized that the goods had duties on them. The customer was unaware that these goods were duty-free under the "emergency duty-free operation" as they were going to be used to help fight the pandemic. Thanks to our customs operators and our team's expertise, the client declared the goods duty-free, thus saving them money.

In other COVID-19 efforts, the JAS Rome branch cleared more than 2,000 AWBS containing urgently needed Personal Protective Equipment (PPE) commodities that were used to help address the health crisis in Italy. Thanks to JAS Customs Partners and the supervision and support of the Italian Customs Agency, these goods were quickly cleared so they could be delivered wherever needed.

We are thankful for the JAS Italy team's efforts as they helped guide customers through the rapidly evolving regulations. We are passionate about giving our customers the best service available and we know that People Make the Difference!

Stay in the know with JAS news relating to
Europe, Middle East, Africa 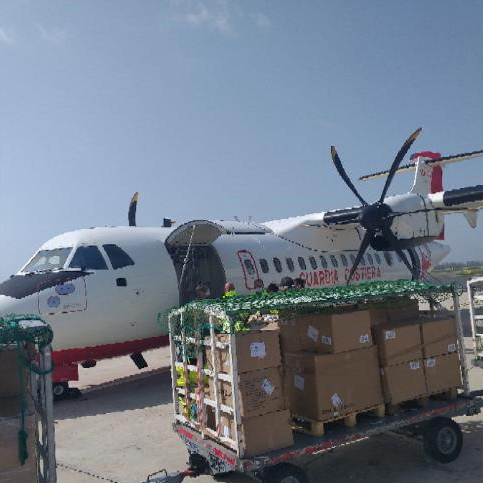 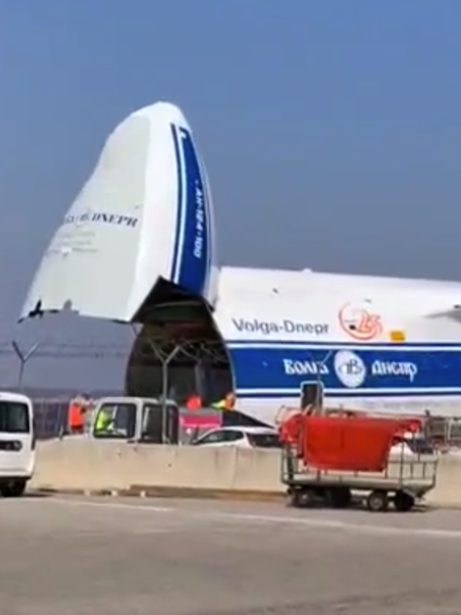 JAS is proud to say that Protezione Civile trusted JAS with shipments vital to keeping the supply chain functioning. JAS is managing charter flights from and to several countries around the world to ensure continuity of the supply chain during the current emergency situation we, as a species face.

JAS China and JAS Italy cooperated once more in March 2020 to handle another chartered flight of relief supplies and JAS Italy is also providing domestic distribution of relief material to all the Italian regions. Specifically, JAS handled another charter flight (AN124) departed from Pudong Int'l Airport on 31st March, carrying disaster-relief materials. Off-Loading phase of this Charter flight was supervised by a special JAS employee, our own JAS Italy Managing Director, Leonardo Baldi. Baldi was the keynote speaker during an interview done for a national Italian television broadcast. During his speech, Baldi explained how JAS Italy is acting on behalf of the Italian Civil Defense and distributing relief material for many hospitals and regions throughout Italy.

JAS is proud to deliver logistics support to the Italian Protezione Civile, whom work so hard day in and day out to support the entire Italian population, and to provide the aid needed by doctors and nurses working around the clock to save lives.