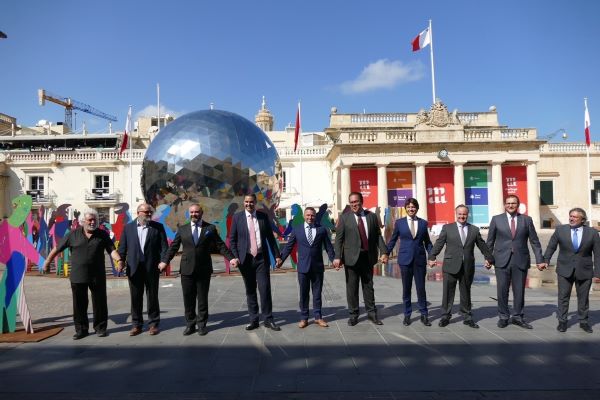 JAS Spain recently had the opportunity to partner once again with renowned Spanish artist Cristobal Gabarrón in moving the sculpture set Enlightened Universe on time and in perfect shape for its central role in celebrating the United Nations 77th Anniversary in Valletta, Malta.

The sculpture set was sent under tight delivery deadlines from Spain to Malta via sea. It was then delivered to St. George's Square (Pjazza San Gorg) in the heart of Valletta, Malta. The sculpture was then mounted and exhibited. Those attending the opening ceremony included Owen Bonnici, Malta Minister of Culture; Ian Borg, Minister of Foreign Affairs; Clayton Bartolo, Minister of Tourism; and the artist himself, Mr. Cristobal Gabarrón.

Enlightened Universe, an interactive sculpture, was originally created by Gabarrón in 2015 to celebrate the 70th anniversary of the United Nations. The stainless-steel sculpture is made up of a 20-foot sphere surrounded by a spiral of 70 life-size figures holding hands. In total, the sculpture weighs 24 tons, and the up to 6’5” figures represent the world’s diversity and together honor the United Nations’ core values.

JAS Spain, headquartered in Madrid, was founded in 2010.Currently, it is one of the most dynamic logistics companies in the country, specializing in freight forwarding and supply chain solutions.

The center sphere of the sculpture set, which is a scaled down model of the Earth, is reconstructed for display in St. George's Square. 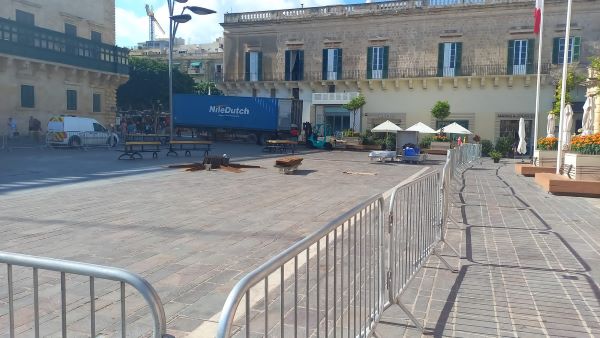 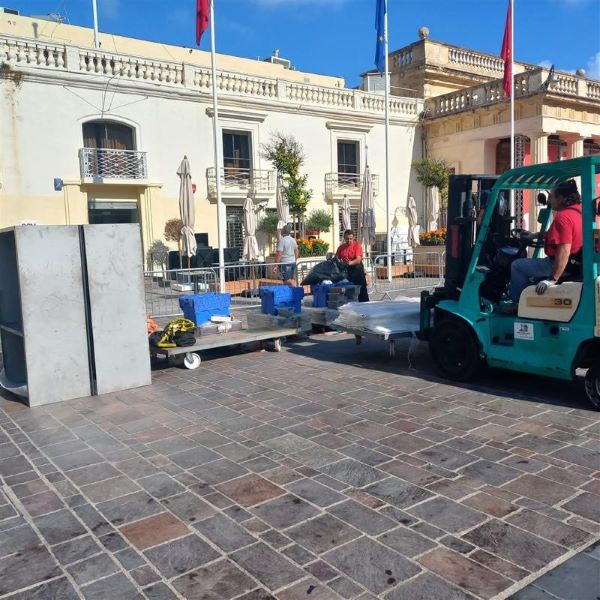 The stainless-steel sculpture set is unloaded after being delivered to its final destination in Malta safely and on time.

To learn more about individual country operations, choose one from the navbar menu above.