Now twice per week between USA and EUROPE

Additionally, we continue to offer our SEA-AIR solutions via Singapore and Incheon hubs which are connecting Europe, North and South America with China.

Our Airfreight team is closely watching the market regarding the latest developments and coordinating solutions based on our clients' needs. 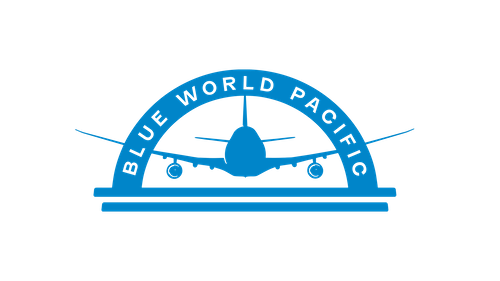 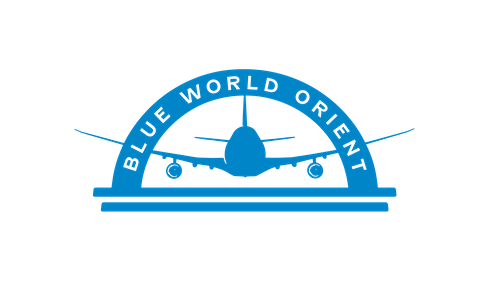 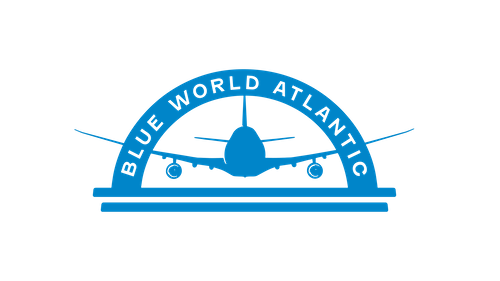 The word “historic” in the maritime and logistics industry has become so overused that its meaning now is watered down (yes, pun intended). Every week, there seems to be more “historic” news to report. Take your pick: congestion at the ports, container prices, containers falling into the ocean, the denial of trade over empty containers and even vessel size. Headline writing has become a fill-in-the-blank achievement.

But, in a nutshell, not much has changed in the last month for container shipping from an overall perspective.

The new data from 2 days ago from Container Trade Statistics (CTS) shows that demand is not the culprit here. For all intents and purposes, global demand has now stalled. Global demand in July 2021 is up only slightly more than 1% compared to the pre-pandemic market 2 years ago in 2019. In terms of regional imports, only North America has shown genuine growth in July compared to 2019.

Of course, this only measures demand which has actually moved and does not show how much cargo has potentially been left behind and has not yet moved.

But it clearly shows that the tight market is exclusively driven by capacity-side issues. The bottlenecks remain the problem and appear no closer to a resolution.

With sales already outpacing how fast US retailers can get goods into the country, European forwarders are warning of a similar wave of demand building for Asian goods on the Asia-Europe trade-lane.

Things show no signs of calming down in the last few months of the year. The traditional peak season is well under way but importers face a rising risk of not getting goods on shelves by Christmas.

Record-low US retail inventory levels indicate further signs that shippers still have plenty of ordering left. That means US importers are selling products as fast — or faster — than they are importing them. The Delta variant continues to sweep across Asia, meaning there could be even more supply chain disruptions ahead.

This is a cyclical industry, but shipping lines now finally know how to make massive amounts of money. They will not allow overcapacity to happen again.

With ships of all shapes and sizes capable of carrying containers in red hot demand charter rates have leapt tenfold since the middle of last year, with desperate operators forking out up to $200,000 a day for ships in the 4,200 TEU range. However, there are signs that the market is topping out in line with recent announcements by CMA-CGM and Hapag Lloyd stating that they will not raise spot rates for the next few months.

Due to increased demand, there is now a greater demand for fuel. BAF levels are starting to rise and there will be more increases in BAF in the coming months. Q4 BAF levels will be approximately 7% higher than Q3 2021.

Global schedule reliability continues to be extremely poor and deteriorated again in July compared to the past several months, with a pathetic reliability of only 35.6%.

Delays on individual trade lanes can be far worse (see details per trade-lane further below). It is important that these delays are taken into consideration when reviewing your supply chain.

The global average delay for LATE vessel arrivals also increased as well and is now at 6.88 days.

In a tightly interconnected network business, congestion kills capacity. Once you pass the congestion tipping point, productivity drops, at just the time when you need increased throughput to work down the backlog. In terminals, container stacks grow and working room becomes scarce. Empties can’t be accepted because there’s no place to put them. Precious lift machine time and manpower are consumed picking through the stacks to get at the next “hot” load.

Until the congestion improves, expect on-time performance to be extremely poor.

Golden Week from Oct. 1–7, is a time when carriers traditionally blank capacity in anticipation of widespread factory closures across China. While there is no certainty that factories are planning to close over the period, or that demand will slow, some carriers are implementing blanked sailings, whilst other carriers continue with their schedule recovery programs. Therefore, we will continue to see a reduction on capacity in the main East – West trade-lanes.

The peak season traditionally ends at Golden Week from Oct. 1–7, a time when carriers traditionally blank capacity in anticipation of widespread factory closures across China. While there is no certainty that factories are planning to close over the period, or that demand will slow, Sea-Intelligence Maritime Analysis reported this week that Asia-North Europe carriers will withdraw 10.5%of the total weekly capacity during Golden Week. Carriers will cut 25.4% in the following week, followed by capacity withdrawals of 5.9% and 5.8%, respectively, during the following two weeks.

New analysis from Alphaliner shows carriers have blanked up to 50% of dedicated Asia – Middle East sailings due to a lack of tonnage and vessel delays as well as the keenness to ensure other higher paying routes are better serviced. As of September 15th, there were just 29 ships deployed on these services, while 50 would be required according to pro forma schedules.

Noticeably, Shanghai to Jebel Ali spot freight rates are the lowest of all the deep sea routes monitored by the Shanghai Containerized Freight Index (SCFI). The current rate of $4,000 per TEU is a far cry from the $20,000 per FEU being raked in by carriers on Shanghai to US west coast destinations at the moment.

Alphaliner analysis shows none of the seven dedicated Central China – Middle East services operated by the big carriers currently offers weekly sailings due to a chronic lack of tonnage.

Expect spot rates on this trade-lane to reach an all time high of US$10,000 per 40’ in the coming weeks. This is historic high rate level is driven by the Covid outbreaks in China and Australia, the shortage of equipment at origin and the looming peak season.

Ships are being forced to drift outside Los Angeles and Long Beach as all anchorages are chock-a-block with the total number of boxships waiting for berth spaces to open up at America’s top two gateways hit a new all-time high of 73 ships recently.

The extraordinary congestion seen at America’s main two west coast ports is far worse than the port lockout days of 2002 and 2004.

When the ports of Los Angeles and Long Beach were locked out for 10 days and 8 days in 2002 and 2004 respectively, ship queues never exceeded 30 vessels, and yet the port lockdowns caused significant economic chaos.

Record backups at the ports of LA/Long Beach are the major driver of delays that are effectively removing an estimated 20-25% of transpac capacity. Combined with still-surging demand for imports, these delays pushed Asia-US West Coast prices up 12% and past the $20k/FEU mark.

To help ease some of the congestion, terminals in LA/LB are increasing the hours that containers can be picked up and/or delivered by truck. You can assist by scheduling your container pick up as soon as possible.

Carriers again look to alternate West Coast ports like Oakland and now Portland, whilst on the east coast, volumes have started causing backlogs in ports such as Charleston and Savannah and to a lesser degree in New York

Expect delays on Intermodal points in the US as rail carriers are struggling to reposition their rail cars back to where the cargo is. Chassis’ are also in short supply. Allow at least an additional 12+ days for cargo availability once vessels arrive. Carriers advise that they are fully booked into October, so the booking window is 6 weeks in advance.

Expect rates to remain stable or increase only slightly over the current rate levels. This despite booming exports fueled by the recovery in the US Agricultural economy, triggered by higher demand for corn and soya beans in China.

Carriers are still prioritizing the repositioning of empty containers back to Asia, where the imbalance ratio of imports to exports is 3.5:1.

Schedule integrity remains poor due to port congestion and omitted sailings. The hinterland network continues to feel the strain with the rail having a major impact to services across North America.

Asia to Latin America, including Mexico

Even though carriers have added additional capacity in these trade-lanes, the market remains extremely full with all carriers reporting “Full and rolling” in the coming weeks.

Volumes into Latin America are expected to remain extremely strong at least till Golden Week (First week of October) and most carriers are not accepting Out of Gauge or special equipment cargo in the coming weeks.

Rates continue to be very high and increasing and equipment release critical. Spot rates are now above US$12,000 per 40’ to both East and West Coasts of Latin America.

A 4-6 week booking window is a must. Carriers are encouraging the use of Non-Operating Reefers (NORs) as a substitute to regular equipment. The use of NORs can provide a solution for equipment challenges and may also provide a lower freight cost.

After the operational disruptions in China caused by typhoons and Covid cases, equipment continues to be a major issue; carriers are prioritizing containers for revenue earning long haul legs. Expect rates to increase on Intra-Asia lanes due to the strong demand, as well as congestion at Chinese ports leading carriers to omit ports of call to improve the schedule reliability.

The services themselves are not changing dramatically. There have been a couple of vessels shifted to create more capacity on mid-haul trade-lanes but no significant impact. Congestion at major ports or trans-shipment points such as Singapore and Hong Kong are worsening. Connections to mother vessels from Intra-Asia feeders is becoming harder to commit to.

We will have to wait and see if the Intra-Asia rates will increase because of the knock-on effects of the Covid situation in Vietnam. This will create more congestion and lack of equipment.

Volumes from North Europe and the Mediterranean to Asia continued to strengthen by 2% and 9% respectively compared to 2020.

With China’s ban on waste and recyclable products, part of the increase in demand is due to stronger movements of motor vehicle parts and luxury goods, including wine.

Port congestion in the European ports is still a factor as productivity is greatly reduced. However, as carriers use alternative, smaller ports, the congestion does appear to be easing.

Expect freight rates to remain stable or increase marginally in the coming weeks.

The situation from the Med and North Europe to North America remains critical as capacity and port congestion continues.

As of September, westbound rates increased to over US$5300 per container. Rates are expected to remain stable or increase only slightly in the coming weeks.

The Alliance (Hapag Lloyd, ONE, Hyundai) is conserving the number of ships it deploys in the trade-lane and revamping its service offerings, including the elimination of some loops, but upgrading others with larger vessels.

The 2M Alliance (MSC / Maersk) continue to blank their TA4 service, but like The Alliance, have placed larger vessels on the Atlantic service.

The JAS World Ocean Team is working diligently with all core partners to meet customer requirements. It is imperative forecasts are provided to our local offices to allocate our space properly. Please consider utilizing our LCL services which will allow to ship at lower costs and alleviate equipment problems.