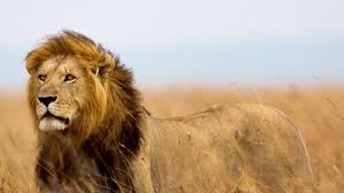 The Death of Cecil the Lion this past June in Zimbabwe, by a Minnesota dentist has spurred many ethical and moral questions, but it has always spawned important questions about the legal issues involved with animals within the international trade and transportation industries. With companies like American, Delta and United banning the transport of hunting trophies after this incident, the question of legality becomes paramount. In order to fully explore and understand the issue to ensure compliance, we must look to the current laws. Starting with the Lacey Act.

From the original article "About that Lion and the Lacey Act", by Lawrence Friedman, Partner at Barnes, Richardson & Colburn, LLP:

"The Lacey Act was first passed in 1900 and is an early conservation law. As originally enacted, it protected animals from illegal hunting through criminal and civil penalties. The law also prohibits trade in protected animal and plant species that are hunted or harvested illegally. It is a crime to import into the United States any injurious animals including brown tree snakes, big head carp, zebra mussels, and flying fox bats. 18 USC 42. Exceptions can be made for properly permitted (and dead) zoological specimens and certain "cage birds." A violator may be imprisoned and fined. More relevant is that the Lacey Act also makes it illegal to import any plant or animal taken in violation of a foreign law or regulation. 16 USC 3372. This is an important compliance issue for anyone that imports animal and plant products. If you happen to import wood to make violins, for example, you need to know that the wood was harvested legally. Assuming you purchase from a supplier who is a few steps removed from the actual person that cut down the tree, how can you prove that the wood was legally harvested? Keep in mind that the Act applies to derivative products as well. This is a paperwork and due diligence process familiar to importers who have to comply with lots of similar regulations. And, it is important. That is what Gibson Guitars learned when it agreed to pay $300,000 to settle a Lacey Act case."