C-TPAT (Customs Trade Partnership Against Terrorism) has deployed phase II of portal 2.0. This deployment includes enhancements to the account management tool, as well as a new format for the security profile which will allow C-TPAT partners with multiple accounts to potentially manage these accounts jointly by merging C-TPAT security models.

"As the C-TPAT Portal 2.0 project transitions into Phase II, the security profile has been rebuilt into a comprehensive criteria-by-criteria format, complete with the ability to add evidence of implementation at each criteria statement for review.  Help text is available to clarify the criteria statements.  The reformatted security profile eases the Annual Review process by allowing C-TPAT Partners to change existing answers to criteria statements, as opposed to the old appending style, as it creates new copies of the security profile per criteria upon approval by the SCSS.  Transition to the updated Security Profile format requires ALL C-TPAT Partners to complete a new security profile at the next annual review subsequent to Phase II deployment.  C-TPAT displays the old version to all Partners in the C-TPAT Partner Document Library for reference as a .PDF document to facilitate completion of the reformatted version."

"A main tenet of Portal 2.0 is to facilitate more effective account management through combining multiple Trade Accounts into a single Trade Organization.  In addition, it will also be possible in the future to merge multiple C-TPAT accounts into a single Security Model, if accounts are managed under the same trade account and follow the same security policies and procedures."

Big changes sometimes go unnoticed!  On February 24, 2016, President Obama signed the Trade Facilitation and Trade Enforcement Act (Pub. L. No. 114-125) ("TFTEA") into law.  Section 904 of the TFTEA amends Chapter 98 of the Harmonized Tariff Schedule of the United States ("HTSUS") and became effective on April 24, 2016.  Subsection (b) covers amendments to Heading 9801 of the HTSUS and provides:

(b) Modification of Provisions Relating to Returned Property

(1)   In General - The article description for heading 9801.00.10 of the Harmonized Tariff Schedule of the United States is amended by inserting after "exported" the following:  ", or any other products when returned within 3 years after having been exported".

In essence, this amendment is intended to remove the requirement that goods entered under Heading 9801 be of U.S. origin if they are imported back into the U.S. within 3 years of their date of export from the U.S.  In other words, goods of ANY origin can now claim duty-free entry under Heading 9801 as "U.S. Goods Returned" provided the 3-year deadline is met.  What kind of documentary requirements will U.S. Customs and Border Protection require to support the new 9801 claims?   The agency has yet to provide any kind of internal guidance to the ports of entry on this and related issues, so stay tuned.  We'll update you in the next newsletter. 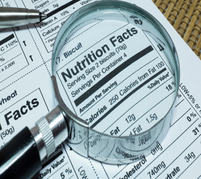 On May 20, 2016 the FDA took a major step in ensuring consumers have better nutritional information for most packaged food sold in the United States. The updated label requirements make improvements to this valuable resource so that consumers can make a more informed decision of food choices.

“I am thrilled that the FDA has finalized a new and improved Nutrition Facts label that will be on food products nationwide,” said First Lady Michelle Obama. “This is going to make a real difference in providing families across the country the information they need to make healthy choices.”

By
FSMA Final Rule on FSVP 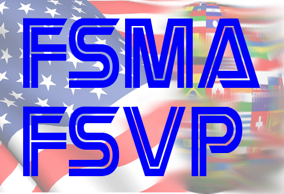 The final rule requires that importers complete risk assessment activities in order to make certain that food imported into the United States has been produced in a manner that meets applicable U.S. safety standards.

"The final rule requires that importers perform certain risk-based activities to verify that food imported into the United States has been produced in a manner that meets applicable U.S. safety standards. This rule is the product of a significant level of outreach by the FDA to industry, consumer groups, the agency’s federal, state, local, tribal and international regulatory counterparts, academia and other stakeholders. The FDA first proposed this rule in July 2013."

Get All The Information

The Department of Homeland Security recently prolonged the deadline "for complying with a congressionally mandated requirement of 100 percent scanning of U.S.-bound maritime cargo containers," stated an article by the Sandler, Travis & Rosenberg Trade Report. However, DHS is also requesting new ideas on how to meet the requirement.

"The SAFE Port Act of 2006 requires all maritime cargo containers admitted into the U.S. to be scanned through non-intrusive inspection and radiation detection equipment in a foreign port prior to being loaded on a U.S.-bound ship. The original deadline for achieving this goal was July 1, 2012, but DHS has now invoked three successive two-year waivers, the latest running through 2018. Officials have said compliance is virtually impossible with available resources and technology and conflicts with the department’s general approach to risk management, which seeks to focus scarce inspection resources on the highest-risk containers. Most recently, DHS Secretary Jeh Johnson told Congress in May 2014 that the department’s 'ability to fully comply with this unfunded mandate of 100 per cent scanning, even in the long term, is highly improbable, hugely expensive and, in our judgment, not the best use of taxpayer resources to meet this country's port security and homeland security needs.'"

"The world’s largest business organization, the International Chamber of Commerce has welcomed Brazil’s ratification of the World Trade Organization’s Trade Facilitation Agreement (TFA)—an agreement which was forged under the leadership of the Brazilian head of the WTO Roberto Azevedo," stated an article by the ICC.

Brazil will become the 72nd country to affirm this landmark agreement, which will speed global commerce by cutting red-tape at borders-and third country in South America after Guyana and Paraguay.

A study by the Getulio Vargas Foundation for CNI offers that Brazilian GDP could increase by US $24 billion with the addition of trade facilitation measures. "Globally the WTO estimates that the TFA will reduce trade costs by more than 14% globally-creating an estimated 20 million jobs globally," stated the article.

"The ratification of the Trade Facilitation Agreement and the recently launched National Export Plan send a strong signal of Brazil's commitment to put international trade at the heart of its economic recovery," said Daniel Feffer, Chair of ICC Brazil.

"The Agreement will enter into force global when two-thirds of the WTO's [110] members ratify the deal," the article stated. 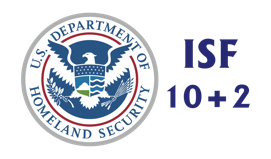 This new phase of ISF enforcement applies to ISF-10 shipments, not ISF-5, for ocean shipments on the water on or after June 30, 2016.

CBP-HQ provided new guidance to the ports to issue any ISF claims within 90 days of discovering the violation.

Although CBP ports will no longer be required to take a "three-strikes" approach before issuing liquidated damage (LD) claims or send these claims to CBP-HQ for review, each port will continue to have authority to manage their local enforcement posture as they do today.

Per existing policy, CBP will continue to focus on "significantly" late ISF shipments that preclude or compromise CBP's ability to target the cargo before it arrives in the U.S. For example, West Coast ports have longer ocean voyages so "significantly" late may be ISFs that are not filed within 72 hours to 5 days prior to arrival of the cargo in the U.S. Other ports with shorter voyages may focus on 24 hours prior to vessel departure (what the law requires).

We also expect CBP to focus on repeat violators which can include ISF shipments that are inaccurate because there is no bill of lading match, and/or the match was not made timely and compromised CBP's targeting prior to the cargo's arrival in the U.S.

​Although CBP delayed these enforcement changes for over a year, the webinar that CBP hosted last May still provides relevant information. We encourage you to view the CBP Webinar Recording, Presentation, Transcript, and Q&A . 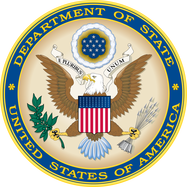 "The Department of State’s Directorate of Defense Trade Controls is increasing the maximum amount of the civil monetary penalties it assesses for violation of certain provisions of the Arm Export Control Act," stated an article by the Sandler, Travis & Rosenberg Trade Report.  The updated amounts will apply to all penalties determined after Aug. 1st regardless of when the violation occurred.