No Cigar for You
Announcements 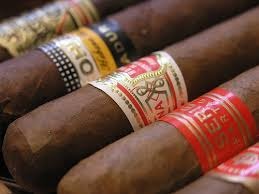 NEW REVISIONS TO THE U.S. SANCTIONS ON CUBA NOT AS LIBERATING AS YOU WOULD LIKE

The recent revisions to the U.S. sanctions on Cuba have generated a great deal of press coverage and, not surprisingly, more enthusiasm than accuracy. Here are a few bloopers we have seen recently.

The NBC outlet in Miami announced that the new regulations, released on January 15, would permit “South Florida cigar shops [to] soon be able to carry cigars from Cuba.” The only delay would be the time it will take those shops to “stock up” on the cigars. However, the amended section 515.560(c)(3) can bring back these products “for personal use only.” It comes as less of a shock that the online news outlet Havana Times would say this:

"The only thing you have to do to go to Cuba is book your travel. No government forms, no permissions, no license. Just go."

No, again, U. S. travelers have to qualify for one of the twelve general licenses set out in 515.560.

Congress has included the Customs Business Fairness Act on Dec. 21 as part of the latest coronavirus relief package that changes the way U.S. bankruptcy law is applied to customs brokers when importers become insolvent. Under the current law, a customs broker may be ordered by the bankruptcy trustee to give back the duty paid to it by the insolvent importer during the past 90 days. It does not matter to the bankruptcy trustee whether that money has already been paid to Customs and Border Protection (CBP) to cover import duties.

The provisions amend various sections of the Bankruptcy Code on a temporary basis to provide additional relief to customs brokerage businesses directly impacted by COVID-19 pandemic.

Laurie Arnold, Regulatory Officer of JAS Forwarding USA Corporate Compliance, along with Whitmer and Worrall, led the NCBFAA's latest lobbying effort to include the bankruptcy bill in the latest COVID-19 relief legislation.  Congratulations Laurie and everyone that helped to make this happen!

On April 10, 2020, FEMA published a Temporary Final Rule allocating certain health and medical resources for domestic use so that these resources may not be exported from the United States without explicit approval from FEMA.

An announcement was made that the Temporary Final Rule has been extended and will remain in effect until June 30, 2021.

The U.S. Department of Commerce has published a Federal Register Notice issuing 123 new Section 232 tariff exclusions on steel and aluminum imports.  The exclusions are effective for article entered for consumption, or withdrawn from warehouse for consumption, on or after December 29, 2020.