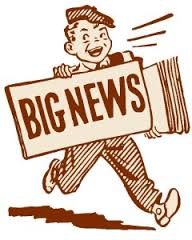 On June 25, Congress passed a trade preference package that would renew the Generalized System of Preference. The vote came just a day after the Senate passed a host of trade bills. This bill and several other long-awaited bills will have a significant impact on the trade community. The House and the Senate approved to reauthorize the Generalized System of Preferences through December 31, 2017. The bill has now been signed into law as of June 29, 2015 by President Obama. This action is retroactive to July 31, 2013, the date GSP expired, meaning that importers will be able to obtain refund of duties paid since that date on goods otherwise eligible for GSP treatment.

The Coalition for GSP released the following statement after House passage:

"Final congressional passage of H.R. 1295 makes today a great day for American companies and workers that depend on the Generalized System of Preferences (GSP) program,” said Daniel Anthony, Executive Director of the Coalition for GSP, "After two years of uncertainty and about $1.3 billion in taxes paid, companies once again can focus on growing their businesses knowing that duty-free treatment will resume shortly and taxes paid on GSP-eligible products will be refunded."

To read more on the reinstatement of GSP, click here.