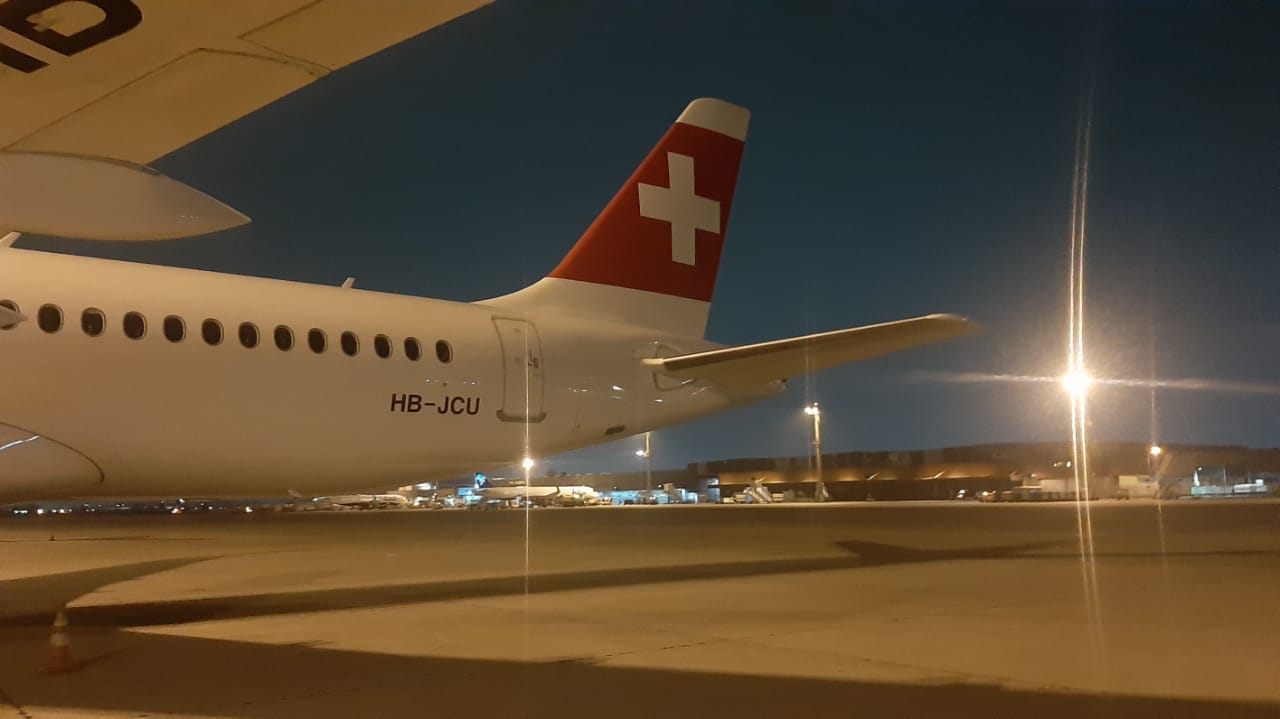 The Airbus A220 sits at the airport

Making its debut in Latin America in mid-April, the Airbus A220 created quite a stir. Prospective airline customers were drawn to the A220 as a cost-efficient solution.

The allure of the Airbus A220 hit the new marketplace as part of a planned tour of the region.

Owned by SWISS International Airlines, the A220 used for the expedition had planned stops in Argentina, Brazil, and Chile. The logistics management expertise of the JAS Brazil team was required for the A220’s inaugural stop in Brazil.

Team members conducted a record operation with the Federal Revenue. In just three hours, the team obtained the required documentation, licenses, and organization of landings for demonstration. JAS Brazil also was responsible for coordinating the A220’s departure from Brazil to its next stop in Miami, Fla. The team is responsible for coordinating the re-export of the Airbus A220 following its departure until its return to its storage yard.

It's not difficult to see why airlines in Latin America are interested in the Airbus A220. It is the only aircraft built for the 100 to 150-seat market. Additionally, it brings together Pratt & Whitney’s state-of-the-art aerodynamics, composite materials, and turbofan engines.

The A220 features a 50 percent noise footprint reduction and lower fuel burn per seat compared to the previous generation aircraft. Another attractive quality is the 50 percent lower nitrous oxide (NOx) emissions than industry standards currently require.

Currently, the A220 is Airbus’ main player for regional operations, with the possibility of a jet for long-haul routes. JAS Brazil is pleased to be a part of this unparalleled introduction into the Latin American marketplace and looks forward to furthering collaboration with Airbus. 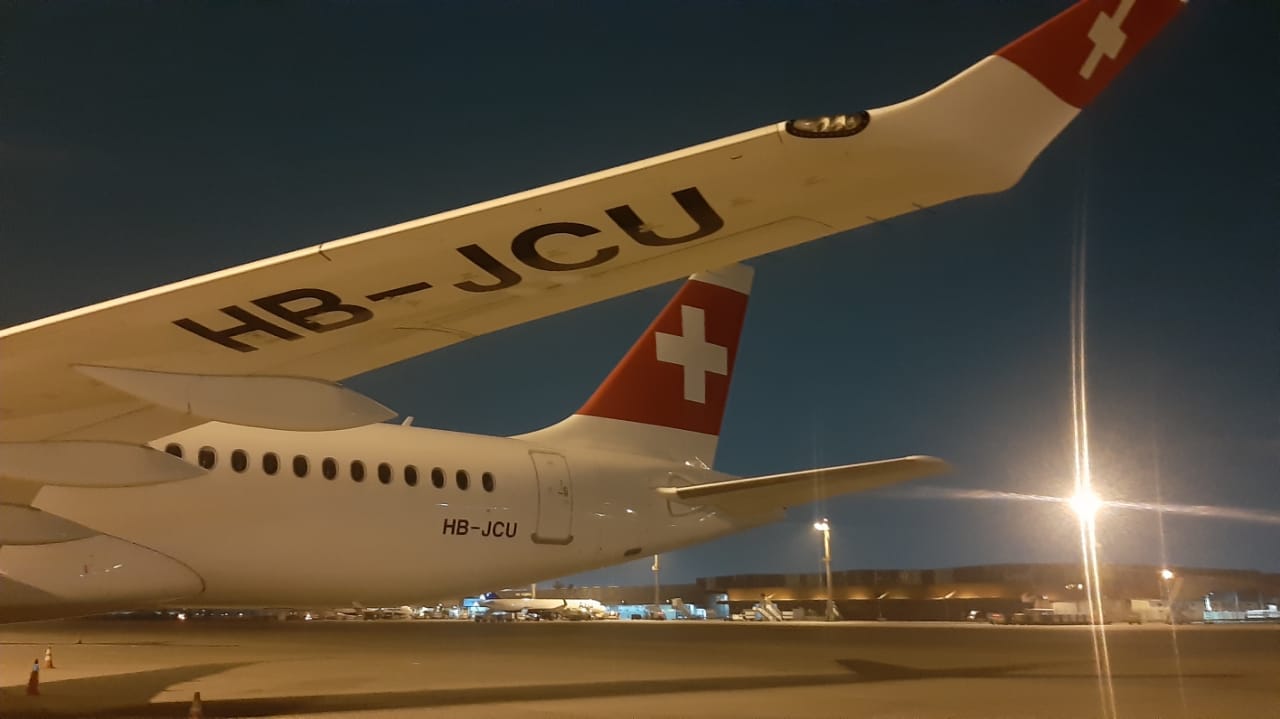 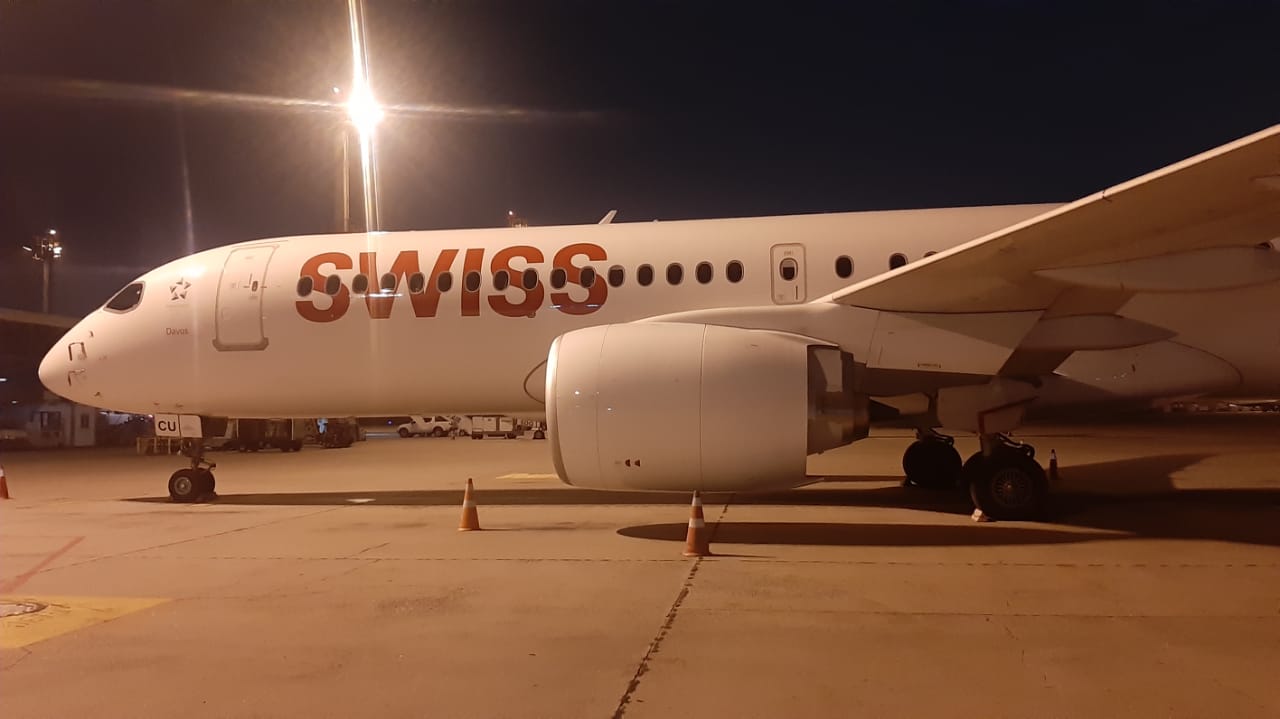 The front of the state-of-the-art SWISS International Airlines, Airbus A220 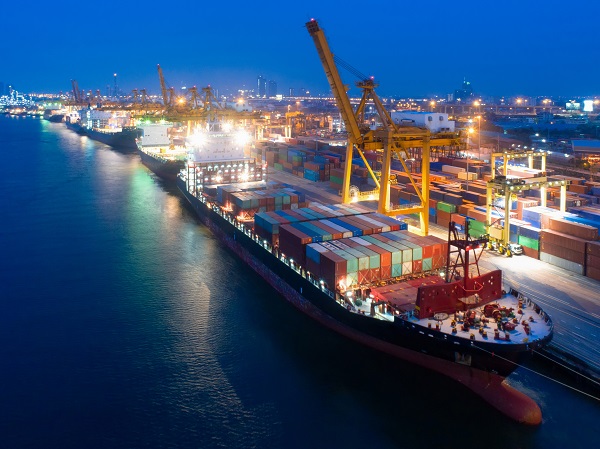 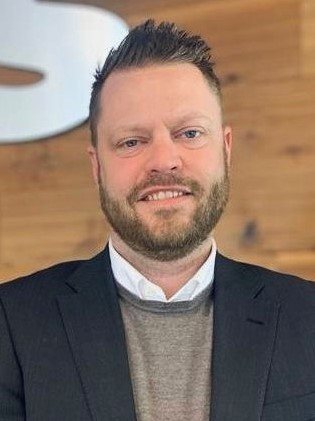 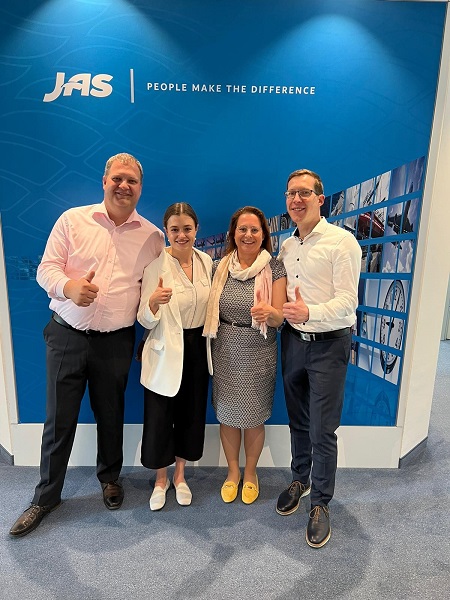