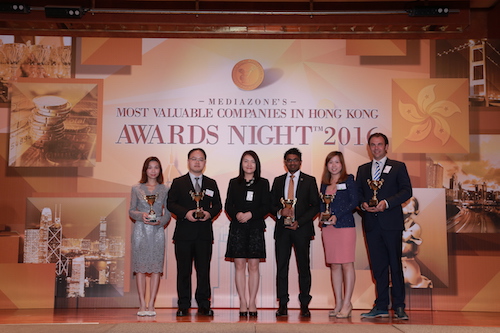 JAS Hong Kong was proudly awarded the Hong Kong’s Most Valuable Companies (HKMVC) award for 2016 as the Winner for Excellence in Logistics Services from the Mediazone Group, the renowned international business magazine publisher. This annual business award has been around for more than 10 years, recognizing the companies which provide valuation contribution to Hong Kong. In the past, HKMVC winners have included Canon, NEC, Volkswagen, Ernst & Young etc.
​
Gabriele Benedetti, the Chief Executive Officer of JAS Hong Kong, was invited to an interview by Mediazone, and shared the key of success in winning the business and trust of JAS customers, “we have transformed ourselves from a pure freight forwarding provider to a solution provider by offering more logistics services including warehousing, distributions, and technology solutions for our clients.”

​More details about the interview and the award event can be viewed on Mediazone’s official website shown below. 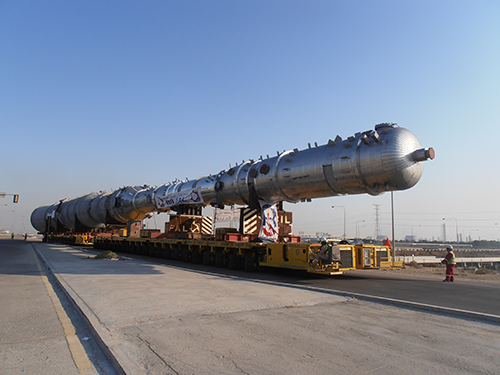 ​Transport the oversize column approximately 20 KM from yard to site for our EPC customer who was working on five different packages for this massive capital project.

Due to the abnormal size, a comprehensive route study was done prior to transport to determine any restrictions on route. With the coordination and physical presence of JAS PROJECTS – Oil & Gas Engineering Department’s Head, we were able to ensure all transportation risks and safety aspects were covered.

​Special ground work was done to prepare the travel surface to withstand the weight of the load and clearance of all other obstructions and fixtures were dealt with. Maximum ground bearing pressure while transporting this piece was 4.56 t/m2 and load per axle line / trailer was 30.37. Specialized total of 42 axle lines were used to transport this CO2 stripper to site on time, safely and successfully. 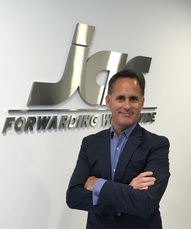 ​Johnny Delgado is the new Managing Director for JAS Peru. In his position as Director, he is responsible for directing the activities within the organization to ensure all business goals and objectives are reached. Based out of Lima, Peru, he oversees more than 40 team members. With his results-oriented, respectful, and “glass full, never half empty” positive attitude, he has implemented strategies to successfully assist in growing sales year-over-year by achieving significant bottom line results, and positioning the brand as “top of mind” within his previous work experiences.

Johnny believes that a carefully planned strategy is crucial to the success of every organization. Therefore, managing effective company-wide strategies that generate value for the business and its customers “is a must." He will drive the culture of the business to “Growth & Profitability," by increasing profit on each operation, leading growth to become profitable by itself.

During his 20-year supply chain career, Johnny held managerial and sales executive positions with various logistics and multinational companies in Peru, Colombia, and Ecuador. For the past eight years, he served as Sales & Marketing Director for DHL Global Forwarding Peru.
​
Johnny has a Master’s degree in Business Administration from the Universidad Catolica in Peru and also graduated from the Universidad del Pacifico’s Business Administration Program. Additionally, he has taken specialization courses related to sales management, logistics management, creative negotiations in marketing, and marketing concept and planning as part of the Business Administration Program ESAN University in Peru. He is fluent in Spanish and English and enjoys spending time with family, body boarding, and playing paintball. 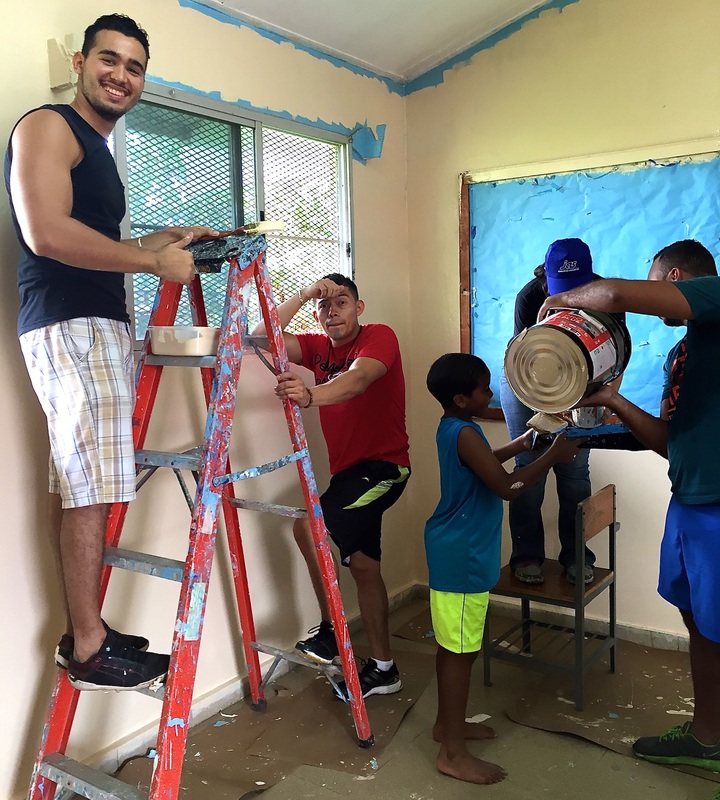 December 24, 2015
Americas
JAS Panama Makes a Difference In the Community

2015 was an excellent year for the JAS Panama team. The growth they experienced has not only been on the quantity of shipments the subsidiary handled in the past year, but also on the growth of their people within the community.
This year the Panama team did their annual social labor activity for the community, this time with a local orphanage named "Hogar Metro Amigo."

The event hosted approximately 60 children who come from social risk situations or have been abandoned by their parents. The Hogar Metro Amigo is the official institution that operates a small school, has a sustainable small farm, dining place, segregated houses, and recreation areas. This institution unfortunately does not always have the necessary funds to cover all the expenses they incur and must obtain their funds from the government, charity and from the selling of organic eggs. However, this is not always enough and that is where the JAS Panama team got involved.

To help the orphanage this year, JAS Panama assisted with painting the small school that the institution operates from. This has not been a possibility for the orphanage since they must focus on other expenses to stay operational. Not having the building repainted can cause damage to the structure over time, which can lead to more expenses or result in the structure becoming unsafe. In addition to painting the school, JAS Panama provided the orphanage with other donations such as food, clothes, and toys.
​
The JAS global slogan is "People Make the Difference". This slogan should exist in our workplace and outside of the office. That is why the JAS Panama team takes the steps to make a difference in their community as well as in the office. 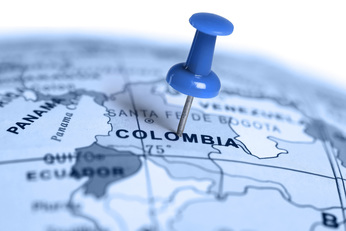 Colombia is a developing nation of widely diverse geography with one of the richest cultural traditions in Latin America and a high potential for growth and progress. It’s not a coincidence that JAS settled here 15 years ago to secure a presence in some of the most important cities and ports in the country.

JAS supplies several industries that move Colombia’s economy such as construction, food, and automotive. Two multinational companies, Kimberly-Clark and Avery Dennison, have found the appropriate infrastructure and human resources in JAS Colombia to give them the level of management and follow-up business that they need. JAS' goal in the short and long term has been to begin the exporting of perishables such as fruits and flowers, which are notoriously varied and rich in Colombia and would be highly appreciated abroad. JAS is confident that through our continued expertise and dedication, this goal will be achieved with great success.

In 2015, JAS Colombia faced two particular situations that affected several industries in and around Colombia, including the freight forwarding business. First, the rise in the value of the US dollar against the Colombian peso had a negative impact on the country as a whole. It is currently the highest it has been in more than two decades and has negatively affected imports. This has affected many companies because they have had to reduce inventory in order to maintain business against the rising costs. In turn, this should have boosted exports, as it has in many other regions, but Colombia is not a country like most and its economy does not always react as predicted. Colombia has its own idiosyncrasy and way of dealing with crises, so exports have kept steady but have not increased. JAS Colombia hopes to implement this change in the coming months, as Colombia continues to grow in-spite of the issues its economy faces.

The second situation has impacted JAS Colombia positively: the unexpected closing of the frontier between Colombia and Venezuela. In years past, the trade between both countries’ main way of transportation was terrestrial, an industry in which JAS Colombia had no participation. However, with the closing of the territory, imports and exports between the nations were forced to change to maritime. JAS has been instrumental in this change by opening a new window of a business that has boosted our productivity, and benefited the country as a whole by offering a solution to the frontier closing.

JAS Colombia is not a company that only cares about business and productivity. The JAS Colombia management team is well aware of the effects any industry can cause on the environment and communities at work around them. JAS Colombia has vowed to positively contribute to the communities and environment they call home. Until recently there were no real programs to take care of the Colombian environment, but JAS Colombia has stepped up to make the change they want to see in the world.  JAS Colombia only uses recyclable materials that are energy efficient and enforces strict policies in their offices regarding the reuse of materials and paper. Moreover, Colombia is a country that  has many social issues to deal with and JAS Colombia strives to contribute as much as possible to their society, by way of education, early-childhood care, and sports development. These three areas are close to the JAS spirit. JAS Colombia motivates its employees to achieve higher levels of education by financially sponsoring their initiatives. JAS Colombia also donates significant amounts of money to child care institutions that cater to extremely impoverished areas of Colombian society. Finally, JAS Colombia sponsors young athletes to help them receive proper training and areas to play in.
​
JAS Colombia is a young company in a wonderfully unique country, which contributes to interesting and original work days. JAS is a big part of Colombia’s dynamic economy and contributes to the country's growth, people, and future.