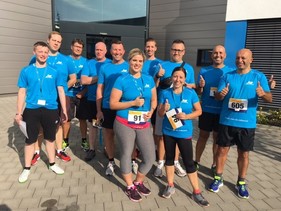 The Lufthansa Sports Club, Cargo Bulls division, in cooperation with the location-initiative ‘Neues Niederrad’ invited several companies in the transportation and office business segments to the 3rd office city run in Frankfurt-Niederrad. The event was titled, Step by step ... giving children a future - The Cargo Human Care Office City Run.

The event was intended as an evening run for all running enthusiasts in the Rhine-Main area, and especially for the employees in the office city of Niederrad and the nearby Frankfurt airport.

The route included two beautiful, largely flat stretches (5km and 10km) along the office part of the  city and through the city's forest with its beautiful trees. The mood in the evening was great and at the finish line all participants had a wonderful view of the Frankfurt skyline!

The proceeds of the event were given to the volunteer aid organization Cargo Human Care e.V., consisting of doctors and employees of the Lufthansa Group. The organization will finance the construction of the "Happy Child Education Center" for preschool children from a slum area in Kawangware on the northern outskirts of Nairobi. At present, about 45 children from the poorest conditions are taught in corrugated iron barracks; the new building should provide space for a total of 100 children. 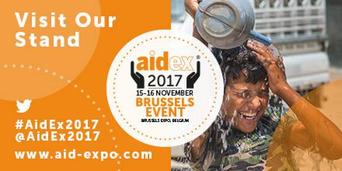 AidEx is the leading international event  dedicated to the unique needs of development and aid professionals across the world; held on the 15th-16th of November 2017 at the Brussels Expo, in Belgium. AidEx is recognized as a major platform for networking, making new contacts and doing business. By taking part in this event, you will forge new relationships in the community, raise awareness of your organisation and be involved in the sourcing of new solutions to improve the efficiency of aid delivery.

JAS will be in attendance with our global JAS AID & RELIEF NGO LOGISTICS DIVISION. Please visit our booth, number F32 ,and let us introduce you to our team. 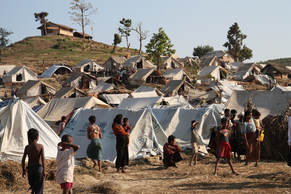 Since August 2017 the Rohingya population in Myanmar has been subjected to extreme violence that has led to 500,000 Rohingyas fleeing from their homes in Myanmar and seeking refuge across the Bangladeshi border.

JAS Worldwide, Aid & Relief has been supporting International Organizations to deliver humanitarian cargo from the Far East and Europe to those areas affected  in Bangladesh.

Shipments consist in pharmaceutical, blankets, food and other first emergency kits. JAS is proud to be a part of the relief effort of the Rohingya refugees and hopes to continue to support them.